'One Plus One': Out and about in Godard's London

Despite the both ridiculous but still disturbing content of this 1968 Jean-Luc Godard film, The Ruinist seemed restless until all the London locations where Eve Democracy (Anne Wiazemsky) sprays up political slogans could be traced and visited. Over two of our leisure days, we walked and ate our way around the environs of Battersea, Putney, Chelsea and Hyde Park to bring you the almost definitive guide to these historical sites of revolutionary graffiti: 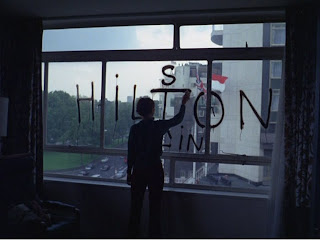 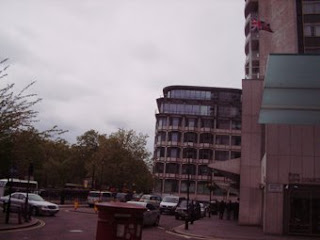 The first spraying was hard to find as we assumed it was made inside a room of The Hilton Hotel on Park Lane. After walking around with our handy One Plus One Spotter Card, we finally figured out that this bit was filmed in what is now the Metropolitan Hotel next door in Old Park Lane, W1. Lacking the cash to book this room, we had to make do with a less than similar ground level shot of what the view now looks like. 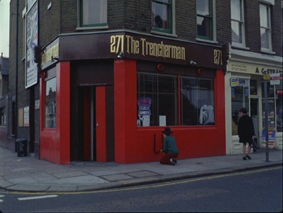 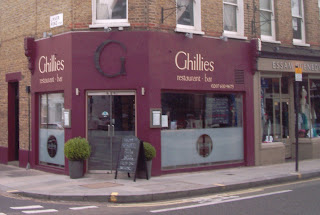 This was a tricky one but we found it! 271 New King's Rd, Hammersmith, London SW6. 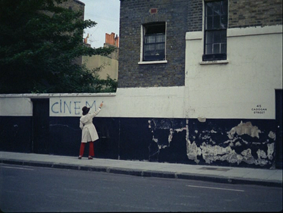 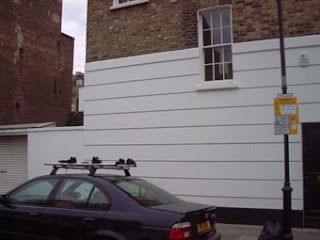 This building is 45 Cadogan St, Kensington, London SW3 but the film was shot round the corner in Halsey St. 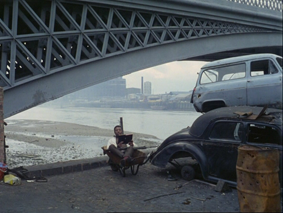 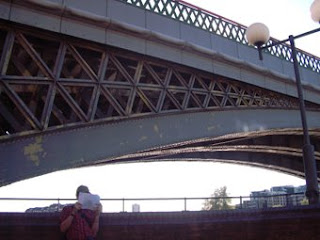 The scene of where black militants read from various radical black authors (most pointedly Eldridge Cleaver's 'Soul on Ice' section where he describes the tension between black menial supermasculinity and white omnipotent administrators) in a car breaker's yard right by Battersea Train Bridge. This has now gone and the site is a new development called Groveside Court, 4 Lombard Rd, Wandsworth, London SW11 and a Thames riverside walkway too. The initial graffiti (not put up by Eve) is later sprayed over with the 'Panthers'. 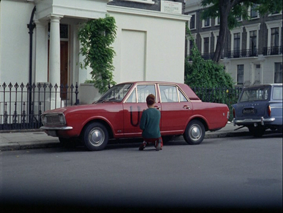 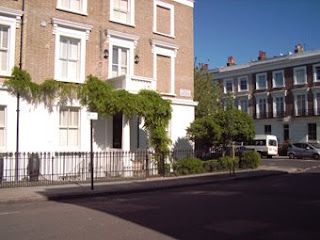 This little street is off King's Rd. The shot was made at the junction of Shalcomb St and Lamont Rd, Kensington, London SW10 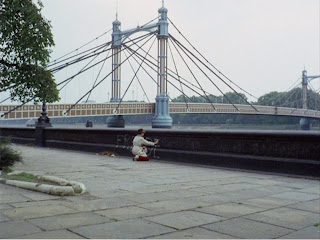 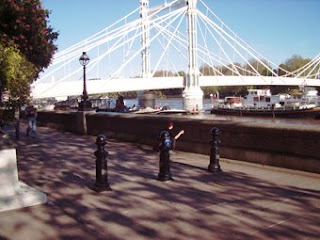 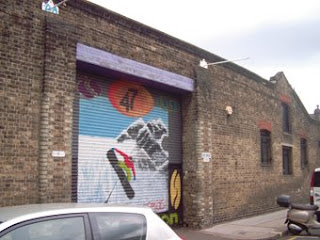 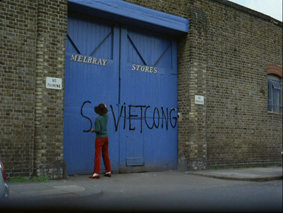 A wonderful building still to be found at 47 Hurlingham Rd, Hammersmith, London SW6.

SLOGANS THAT GOT AWAY!! 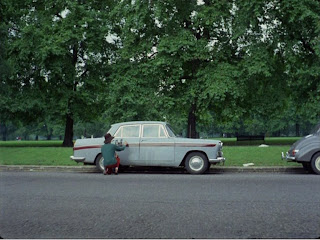 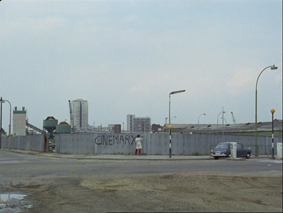 Yes, it was impossible even with out super Ruinist brain powers to locate these sites. The car one we think is in Hyde Park and the other one we reckon was filmed around Sands End, probably sites that are now covered by the monstrous Chelsea Harbour development. There are also two more slogans in the film - one on an advert hoarding and one outside some prefabs. Any ideas yourselves? 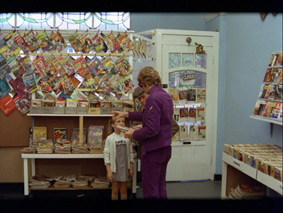 Here are some of the delightful cafes we visited in the making of this production: 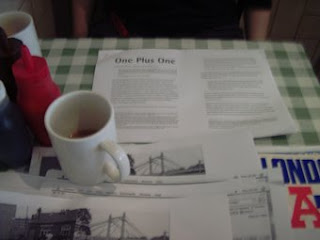 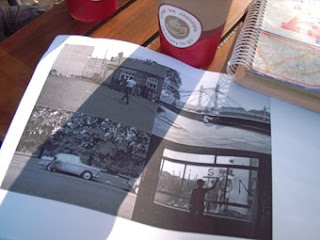 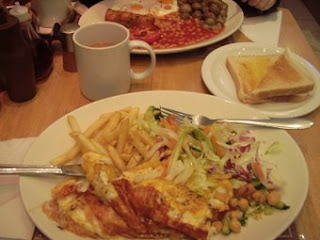 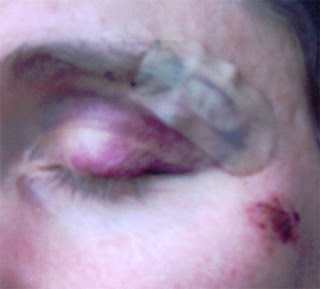 One of the Team fell off the toilet early in the morning but despite the damage was up and willing for this most correct of adventures.
Posted by THE RUINIST

Labels: Godard One Plus One London locations graffiti Eve Democracy

With regards to the unidentified location featuring the black cab and red bus,I can report that this was filmed on York Road, Wandsworth and is looking north across Wandsworth Bridge towards Barton House(the tower block) in Fulham.

You can see on the following photo from c1930 the black oblongs on the white roofs of the warehouses to the right of the bridge approach road match those in the movie.

The side road on the left in the movie would be Jews Row, and the cement works still operates a little further down the road by the Thames.

If further proof be needed, if you look above and to the left of "Cine.." you can see several sets of three "black" oblongs, that is Wandsworth Bridge. You can see them as gaps on this photo.

You have another location on thecinetourist.net that was an unknown location, the one with the billboards. This is on the King's Road, Chelsea.

The Houses on the left have been demolished, but the ones in the middle still survive. There's a large new building where the billboards/car park were and the warehouse/factory buildings are still there on the right (now painted green).